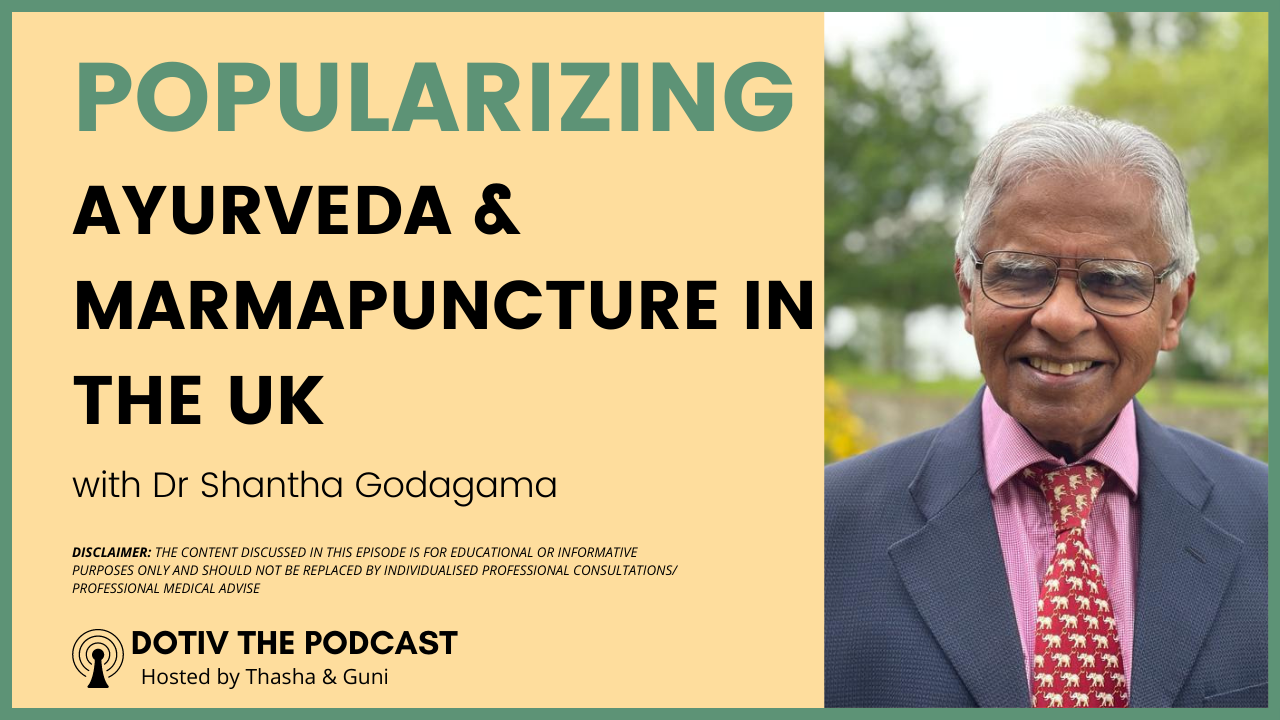 August 4, 2021March 10, 2022No Comments on Dr Shantha Godagama I Ep #13 | A British Legacy in popularizing Ayurveda & Marmaouncture in the UK
the content discussed in this episode is for educational or informative purposes only and should not be replaced by individualized professional conductations or professional medical